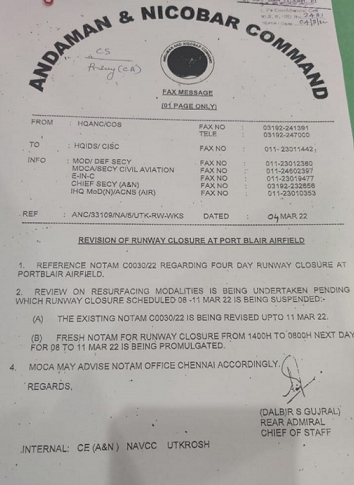 Andaman is steeped in beauty and serenity and the beaches are never too crowded and there are infinite moments of seclusion and intimacy. The romantic aura of each of the gorgeous islands offer a chance to get to know each other and is thus a widely popular destination among newly married and honeymoon couples. The thick flora with the primitive forests, the extensive coastlines with sandy beaches and warm blue waters, the amazing coral reefs teaming with millions of exotic sea creatures all add to the romantic charm of the newly bonded couple. It is indeed a honeymoon delight and honeymoon revellers need to avail this Andaman package to create some unforgettable memories at the very beginning of a sacred relationship to celebrate the glory of togetherness.

Main Highlights of this Tour:

Welcome and received at the Veer Savarkar Airport, Port Blair, by AndamanTourism contact personnel. Drop and check in to the hotel of your choice at Port Bair. After catching up with some freshening up and a hearty lunch proceed towards the Viper Island or the thrilling Snake Island, known to house a variety of snakes. Viper Island is an interesting place with enchanting tourist attractions of historical importance, the gallows where the women inmates and harbour convicts were executed, the high chances of spotting the creepy crawly snakes and the lovely greenery spread across the island. It can be reached by ferries from the Phoenix Bay Jetty. After an interesting island excursion, return to Port Blair to proceed towards the most popular attraction of Port Blair, Cellular Jail Light & Sound. It shows the era of independence struggle of India. The show is presented every day evening at around 5.30 p.m. The resounding voice of Om Puri of Bollywood fame combined with the bitter and thrilling story of freedom fighters will leave you wonder-struck. Stay for the night in the hotel of Port Blair.

After a quick breakfast at the hotel, or maybe a packed breakfast with you, get picked up for being dropped at the Phoenix Bay Jetty for a delightful boat cruise to the Ross Island. Ross Island is just 20-minute journey by ferry from Port Blair. Ross Island is a historical and picturesque island. The ruins and old British colonial dilapidated and the shady coves of ancient trees offer delightful experience. After enjoying the serenity of Ross Island, proceed towards North Bay Island that takes about 30 minutes to reach. The Coral or the North Bay Island is popular with the young, energetic and adventure lovers for the various water rides and water sports facilities. It calls for a fun-filled and merry day trip to this island. After the return from the island to Port Blair, go for a pleasant sojourn to Corbyn’s Cove Beach. The serene beach sees a lot of people bathing and swimming in the powdery coastline. The cool and well-managed changing rooms and sitting arrangements along the beach offer comfortable opportunities to spend a lazy evening and watch a vibrant sunset. Return to the hotel in Port Blair for stay overnight.

Start the day with a pleasant and delectable breakfast spread and proceed to the Phoenix Bay Jetty to catch a ferry to the Havelock Island. Spend the day at leisure. Wander around exploring the property. Relax and go to the nearest beach to view the exquisite beauty of the Andaman Seas. Stay overnight at Havelock.

Day 4 Excursion to Elephant Beach with 1 session of Snorkelling

After breakfast, proceed towards the Elephant Beach, which is famous for scuba diving, snorkelling and some exciting water adventures. Take a joyful ride of the underwater sea teaming with millions of colourful plants, animals and corals through your snorkelling session included in your package. The waters off the Elephant Beach are remarkably transparent and warm and offer regal views of the corals underneath. Overnight you stay in the peaceful accommodation of Havelock Island.

After the morning breakfast, proceed towards the Radhanagar Beach of international fame. It is one of the best beaches of the world. Its beauty and serenity is infinite. You can spend some quality time in the beach and play with the waves rolling on to the shore. After a lazy morning catch the ferry back to Port Blair to stay at Port Blair for the night.

Depart from Port Blair Veer Savarkar Airport and fly back home with cherished memories to last a lifetime.